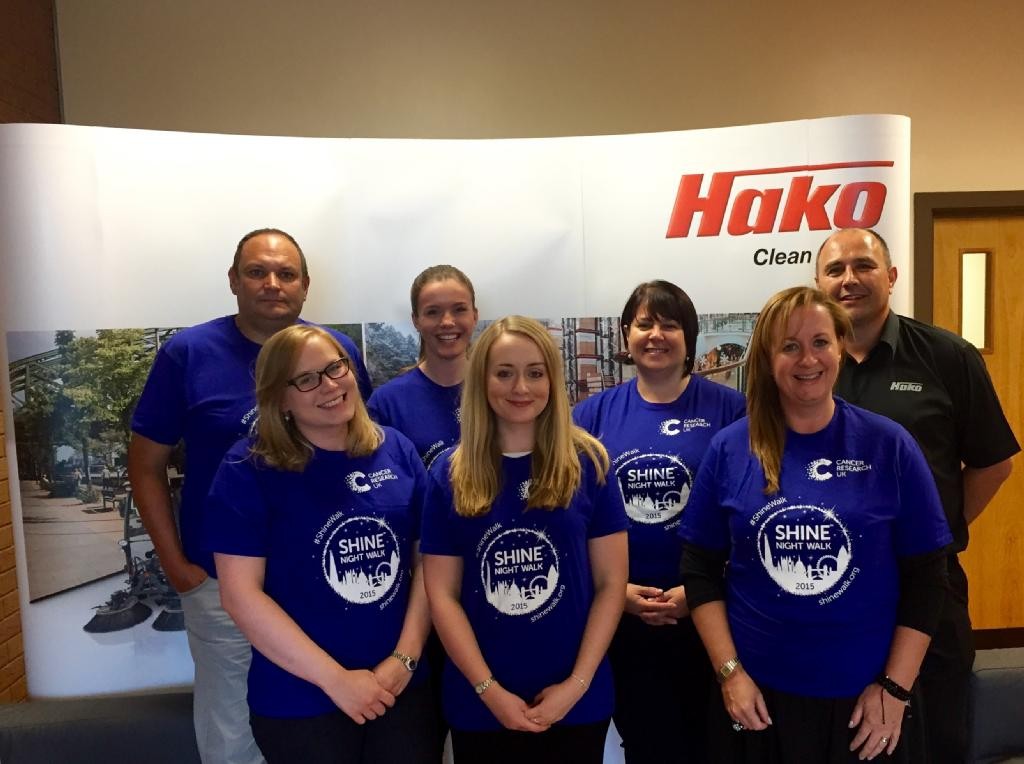 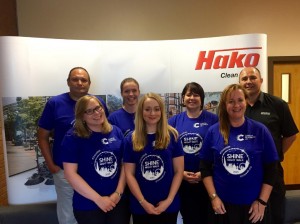 Staff at one of the UK’s leading suppliers of cleaning equipment have been trekking through the night to raise nearly £1,900 for charity.

A team of 10 people from Hako, based in Crick, Northamptonshire were amongst thousands of people who took part in Cancer Research UK’s recent Shine Night Walk through the streets of London.

The success of the Night-time City trek

Together they raised a total of £1,891 for the Teenage Cancer Trust after drawing on the support of family, friends and colleagues.

One of those taking part in the moonlit half-marathon was Hako Sales Director, Sylvie Giangolini, who said the walk had been tough, but worth it.

“Although we trained for a few weeks before the event, we were all left a bit sore, with one or two blisters amongst the team,” she said.

“However, it was a fantastic experience and we would like to thank everyone who made a donation and helped us raise so much for a very worthy cause.”

So far the Shine Night Time Walk has raised more than £2.5 million to help fund life-saving research. Anyone who would like to support the Hako team’s efforts to raise money for the charity can make a donation at www.justgiving.com/hakomachinesshine.