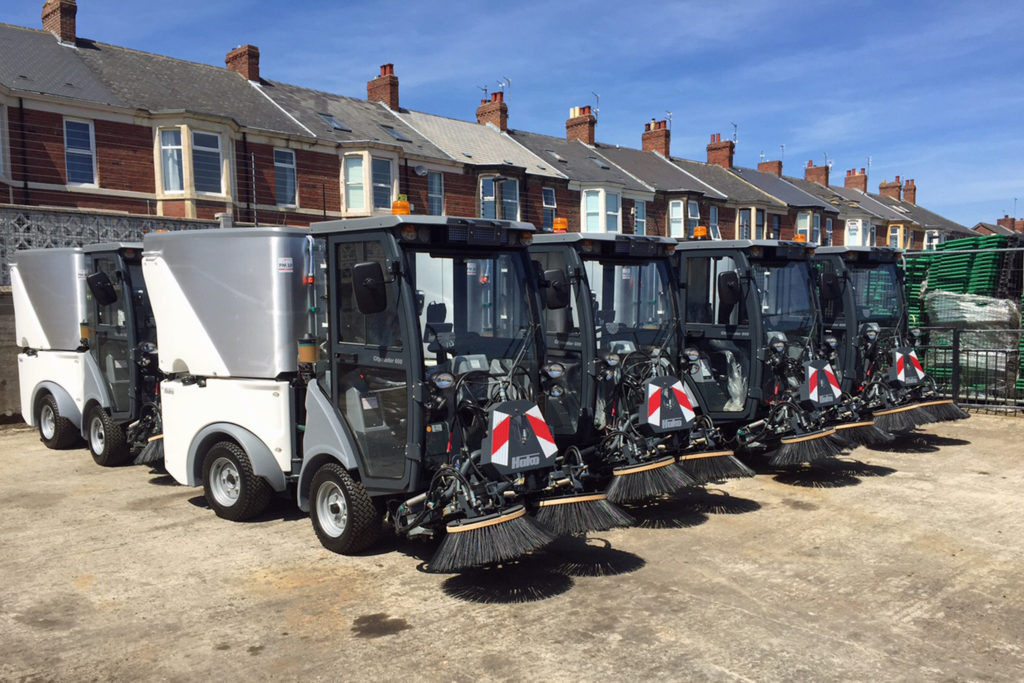 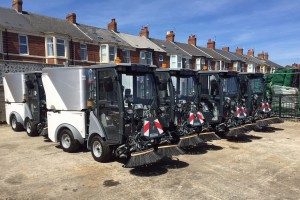 A leading supplier of cleaning equipment has strengthened its presence in the North East of England after delivering 10 new sweepers to one of the region’s largest local authorities.

Newcastle City Council has now taken delivery of ten Citymaster 600s after Hako won a competitive tender to replace a fleet of machines that had reached the end of their effective working life.

Martin Jones, Hako’s Area Sales Executive – Municipal North, explained: “We’ve had a strong relationship with the City Council for at least eight years and when it was ready to replace its old machines we worked closely with the street cleaning team to specify a new fleet that meets their needs whilst reducing costs.

“After conducting a series of on site demonstrations with the Citymaster 600, and a very thorough tender process, we were delighted when the council placed their order for ten machines which are now becoming a familiar sight across the city.”

The new Citymasters in operation in Newcastle City Centre aren’t alone in the North East as the distinctive machines are becoming a familiar sight across the region.
They are following a well-swept path ‘up North’ where Citymaster models are already operated by Sunderland, Northumberland, Gateshead and Hartlepool and Redcar and Cleveland councils.

“Over the 12 months or so the region has seen something of a Citymaster invasion, with 20 of the largest 2000 models in operation in Sunderland and more than a dozen smaller models keeping streets and city centres clean in other local authority areas throughout the North East,” said Martin.

“As in Newcastle, they are proving their reliability and effectiveness by working almost around the clock to keep towns and cities in the region looking their best, something that will be vital to the region’s future growth and prosperity.”

Designed for municipal and commercial use the Citymaster series is available in a range of sizes to meet a wide variety of applications. The compact, single seat 600 model is ideal for narrow city centre streets, car parks and ground maintenance. Its articulated steering provides improved maneuverability whilst its universal hopper delivers unrivalled flexibility.

Environmentally, the Citymaster range is also a class leader thanks to a low fuel consumption engines fitted with particle filters. Combined with Hako’s ultra-modern, low-noise and low-dust emissions sweeping technology this enables the Citymaster to be used in quiet residential areas – even early in the morning or late at night.

“If Citymasters are invading the North East, they are doing it quietly and efficiently with the minimum of fuss!” Martin added.