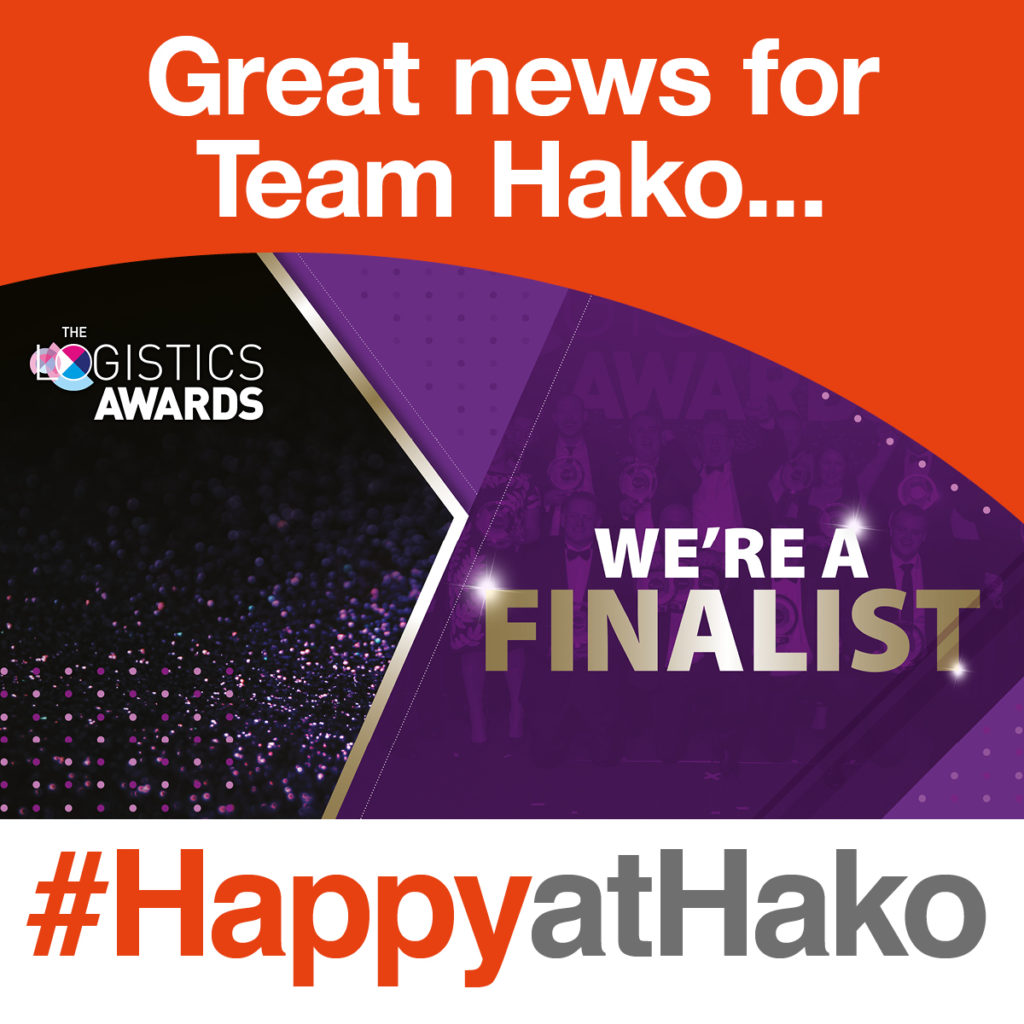 Hako Announced as Logistics Awards Finalists.
With good news being scarce at the moment, we are delighted to share with you all that Hako are finalists in the Logistics Awards wellbeing category for #HappyatHako!
Due to the pandemic the decision was made not to proceed with the Logistics Award last year, but that didn’t stop an abundance of high-quality entries like ourselves at Hako.
The Logistics Awards is an annual celebration of excellence in the logistics and supply chain sectors. The awards recognise the most impressive achievements throughout the industry over the last 12 months and since its inaugural edition in 2014, the event has attracted senior professionals from leading retailers, manufacturers and logistics operations.
The HR campaign at Hako was launched just over a year ago by Carmela Parton HR Manager, and what a brilliant way to celebrate as we take the initiative into its second year.
Wellbeing has never been so important as we all try and keep our heads above water during these turbulent times (to say the least)! But ‘wellbeing’ can also often be used as just a buzzword rather than it being placed at the heart of a company’s ethos.
Sylvie Giangolini Managing Director says ‘I am immensely proud of the #HappyatHako campaign and the effort that has gone into it resulting in this fantastic finalist position. Recognising staff is very important to us at Hako and it helps our staff see how much we value them and their contributions to the success of their team and the company overall’
The winners of the Logistics Awards will be announced on 3 March and you can see the full shortlist here