Historic streets of Nottingham set for a cleaner sweep 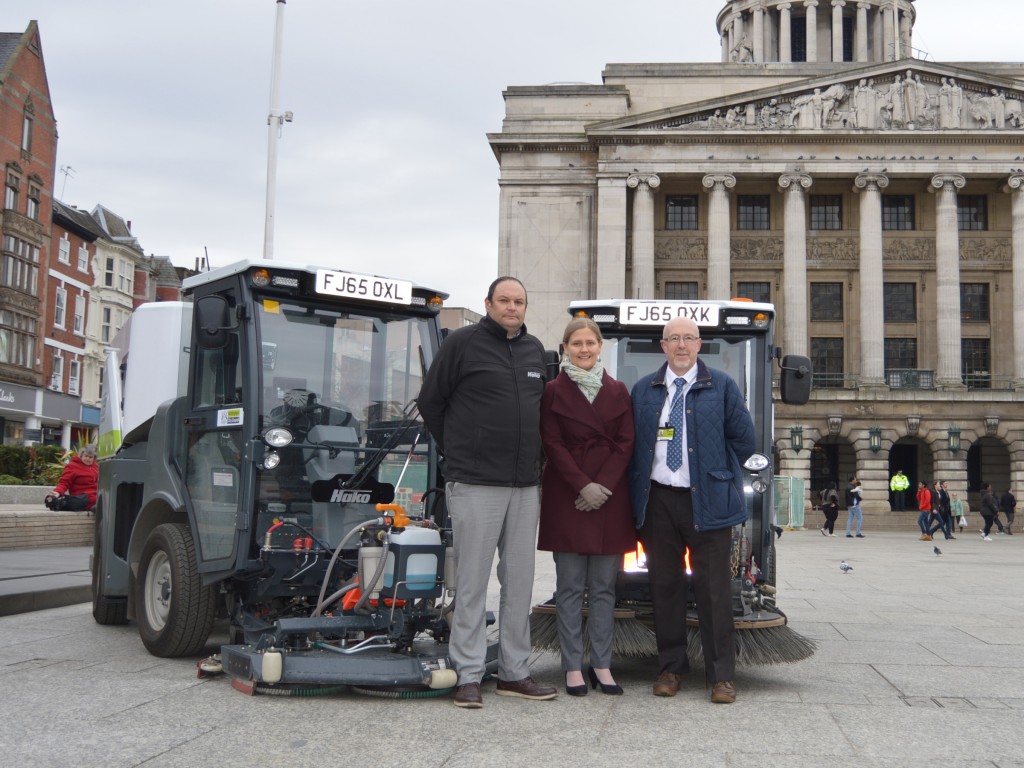 Nottingham City Council has taken delivery of two new additions to its growing fleet of road-cleaning machines from Hako that are already helping to keep the historic city looking its best.

The arrival of the award-winning Citymaster 1600s marks the latest stage of a strengthening relationship between one of the UK’s leading providers of municipal equipment and the Council, which already operates five Citymaster 1250 models.

The new arrivals will operate in and around iconic areas of the East Midlands city, including Old Market Square and the Lace Market, but have the capability to work effectively across a wider area.

Martin Jones, Hako Municipal National Sales Manager, explained: “The Citymaster 1600 is one of our most versatile machines. Its maintenance-free articulated design provides optimum manoeuvrability to navigate around street furniture or parked cars, whilst the sophisticated chassis with coil springs and shock absorbers and a top speed of 40km/h means it is equally at home on busier roads keeping up with traffic. Meanwhile disc brakes all round ensure even safe braking.

“The suspension system, together with the standard air seat, also provides greater operator comfort – enabling them to cover longer distances – and its advanced water recycling system means fewer trips back to the depot.”

The new machines have also been specified with an easy-to-operate quick-change scrub-deck system, enabling them to be switched from scrubber to sweeper in around 10 minutes.

Launched last year, the Citymaster 1600 has already received significant award recognition. Ahead of the RWM Exhibition last September, it was certified and recommended by Germany’s Aktion Gesunder Rücken (Campaign for Healthy Backs) and the Association of German Back Therapy Centres.

With a total weight of just 3.5T, the Citymaster 1600 can be operated by holders of a Class B driving licence yet benefits from the power and performance of larger machines.

Cllr Nicola Heaton, Portfolio Holder for Community Services at Nottingham City Council, said: “We’ve been really impressed with the new machines and believe they will help keep Nottingham’s streets clean. Through the trial periods our operators have been impressed with the suction power of the vehicles, their reliability and their ability to clean an area of debris first time.
“We believe the addition Citymaster 1600s will strengthen our existing fleet of Hako machines so we can continue to provide the best service to our citizens, visitors and businesses in Nottingham.”